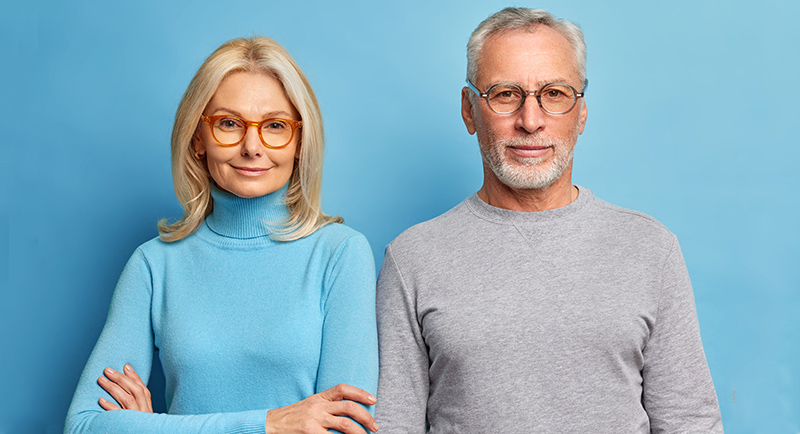 When it comes to health, women and men aren’t equal

Over the years, women and men have come to a long way on equality between the sexes. Examples include better equality in educational attainment, a narrowed wage gap, and leadership positions in business and government. But health conditions and how each gender is affected is another story. Whether these disparities in health conditions are based on genetics, socioeconomics, physiological or hormonal factors at play, certain diseases are simply more common in one sex or the other.

When it comes to health, women and men are not always created equal. Here’s a look at certain diseases more commonly diagnosed and in both women and men:

More than 55,000 women than men suffer a stroke each year. Although many of the risk factors of stroke are the same for men and women, including family history, high blood pressure, and high cholesterol, some risk factors are unique to women. These include:

Being female automatically puts women at risk of developing brittle bone disease called osteoporosis. Of the estimated 10 million Americans with osteoporosis, about eight million or 80% are women. By the time a woman reaches age 50, approximately one in two women will break a bone because of this disease. A woman’s risk of breaking a hip is equal to her combined risk of breast, uterine, and ovarian cancer.

There are several reasons why women are more likely to get osteoporosis than men including:

While it’s not well-understood why women are more likely to develop Alzheimer’s disease, scientists believe genes and hormones play a role. A gene called APOE4 is linked to an increased risk for both men and women. But for women with this gene, have a greater risk for developing Alzheimer’s than men. Hormonal fluctuations during menopause may interact with this gene and could explain why women’s brains are more susceptible to this type of dementia.

It’s known for men that cardiovascular disease begins about 10 years earlier than for women. The average age for a first heart attack for men is 65.6 years compared with 72.0 for women. The best warning sign men have indicating heart disease is erectile dysfunction. Sexual problems often foretell heart problems. A man with low testosterone levels is another factor for increasing heart disease risk. Also, men who gain weight, tend to store excess fat in their abdominal region usually in the form of visceral fat, a heart disease risk factor.

Men with stress, anger issues, or high anxiety, more like have elevated blood pressure that damages arteries. This combination only exacerbates men’s risk of a heart attack by nearly five times greater than it does for women.

Men are roughly 1.5 times or about 50% more likely than women to develop Parkinson’s a progressive disorder of the nervous system that impairs movement and can erode mental acuity. Researchers are not sure why men are more susceptible to Parkinson’s than women or what is it about women that may protect them more.

There has also been no found genetic association of Parkinson’s disease among the sexes. Most experts believe the condition is a multifactorial disease involving several variants that may include environmental and past head trauma. There is also a possibility that estrogen, found in higher levels in women than men, may protect neurological function by activating certain proteins or interacting with molecules called free radicals.

Men have a 1 in 15 chance of developing lung cancer whereas women have a 1 in 17 chance. Lung cancer is the leading cause of cancer death in men. There are multiple possible reasons why men are at a higher risk.  One reason is that tobacco use is higher in men than women. Other possibilities putting men at a higher risk are men having increased occupational and environmental exposure to asbestos, diesel exhaust fumes, radon, and uranium.

Men need to pay attention to possible signs of lung cancer such as a persistent cough, coughing up blood, hoarseness, unintended weight loss, and unexplained fatigue.  Any of those symptoms should be immediately checked by seeing their family physician.

Dr. David Samadi is the Director of Men’s Health and Urologic Oncology at St. Francis Hospital in Long Island. He’s a renowned and highly successful board certified Urologic Oncologist Expert and Robotic Surgeon in New York City, regarded as one of the leading prostate surgeons in the U.S., with a vast expertise in prostate cancer treatment and Robotic-Assisted Laparoscopic Prostatectomy.  Dr. Samadi is a medical contributor to NewsMax TV and is also the author of The Ultimate MANual, Dr. Samadi’s Guide to Men’s Health and Wellness, available online both on Amazon and Barnes & Noble. Visit Dr. Samadi’s websites at robotic oncolo gy and prostate cancer 911.