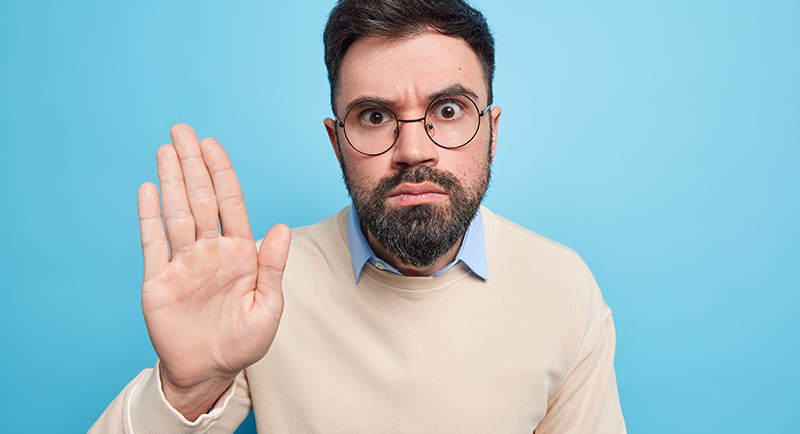 Warning signs of cancer in men

Many cancers can sneak up on you, like prostate cancer, with few symptoms, at least in the early stages. But other cancers do have warning signs, but it’s important to know what to be aware of. For men, knowing possible warning signs of various cancers can save their life. According to the National Cancer Institute, men living in the United States have a higher rate of dying from cancer than women, making it imperative men become knowledgeable about symptoms to watch for.

Often, these symptoms can also be related to other conditions besides cancer. But, it’s important men pay attention to any bodily changes, and if not these changes are not going away or worsening, to see their primary care physician as soon as possible for a definitive diagnosis.

Urinary habits can be a clue to possible signs of cancer. For instance, bladder cancer may include symptoms of blood in the urine or semen of men. Likewise, men with painful urination, a weak urine stream, or even erectile dysfunction might be a sign of prostate cancer.

It’s not uncommon for bowel habits to change, even from day to day. These changes often depend on foods eaten and other reasons and are generally not a cause for concern. However, men with severe or persistent diarrhea or constipation or experiencing rectal bleeding or blood in bowel movements should immediately see their doctor right away. Even hemorrhoids that are not improving or have itching in the rectal area might be a sign of colorectal cancer.

Changes in the testicles

Testicular cancer predominately affects young men ages 20-34 years. This rare cancer often has no symptoms in the early stages, but as it advances, common symptoms include a lump or a change of the size or firmness of a testicle. Other symptoms associated with testicular cancer are pain, numbness, or swelling of the scrotum, a feeling of a dull ache in the groin, and pain in one or both testicles. In addition, all men should do a testicular self-exam once a month, familiarizing themselves with the feel and look of their testicles as they check for cancer.

While minor changes in weight daily are not unusual, noticeable unintentional weight is a concern that should be addressed with your doctor. Generally, unintentional weight loss is defined as losing more than 5 percent body weight without trying in less than 12 months.

Weight loss does not necessarily mean a person has cancer, but it should not be ignored as it likely is a warning sign of a health condition.

Breast cancer is very common in women, whereas around only 1 percent of all diagnosed breast cancer cases are found in men. While this is a very small number, men should still know the signs and symptoms of this disease. Changes in the breast possibly indicating cancer include a swelling or lump, dimpling of the skin, nipple discharge, scaling or redness, or an inverted nipple. Men who notice any changes should see their doctor for further evaluation.

Sores of the skin and mouth

The appearance of a sore that is unexplained might indicate either skin cancer or oral cancer when found in the mouth. Firm, red bumps that bleed or a patch of dry skin with a scaly top might be skin cancer. Oral cancer may show symptoms such as an open sore in the mouth or noticing white or gray patches on the inside of the mouth. Men, the biggest users of tobacco, are at a higher risk of developing mouth sores and oral cancer. Performing a monthly skin self-exam and seeing a dentist every six months are good ways to find these cancers at an early, more treatable stage.

Lung cancer is the deadliest cancer in the United States. One of the main symptoms of this disease is a cough that is not getting better or is worsening over time. Men, with a persistent cough for no obvious reason must see their doctor. Other symptoms of lung cancer include coughing up blood, excessive mucus production, difficulty breathing, shortness of breath, chest pain, fatigue, or hoarseness.

Cancers that metastasize from their original beginning often spread to the bones. Prostate and lung cancers are common conditions that may include a dull, aching pain in the bones if it’s at a more advanced stage of the disease.

While there are numerous reasons for fatigue that do not include cancer, leukemia and lymphoma, are types of blood cancer known to cause a constant feeling of tiredness or a lack of energy. Both leukemia and lymphoma disrupt the production of red blood cells, necessary for the transportation of oxygen in the body. When less oxygen is circulating to cells, a person will feel extra tired, even if they get more sleep. Excessive fatigue, that is not getting better or becomes worse, needs to be checked out by a doctor.

Dr. David Samadi is the Director of Men’s Health and Urologic Oncology at St. Francis Hospital in Long Island. He’s a renowned and highly successful board certified Urologic Oncologist Expert and Robotic Surgeon in New York City, regarded as one of the leading prostate surgeons in the U.S., with a vast expertise in prostate cancer treatment and Robotic-Assisted Laparoscopic Prostatectomy.  Dr. Samadi is a medical contributor to NewsMax TV and is also the author of The Ultimate MANual, Dr. Samadi’s Guide to Men’s Health and Wellness, available online both on Amazon and Barnes & Noble. Visit Dr. Samadi’s websites at robotic oncolo gy and prostate cancer 911.