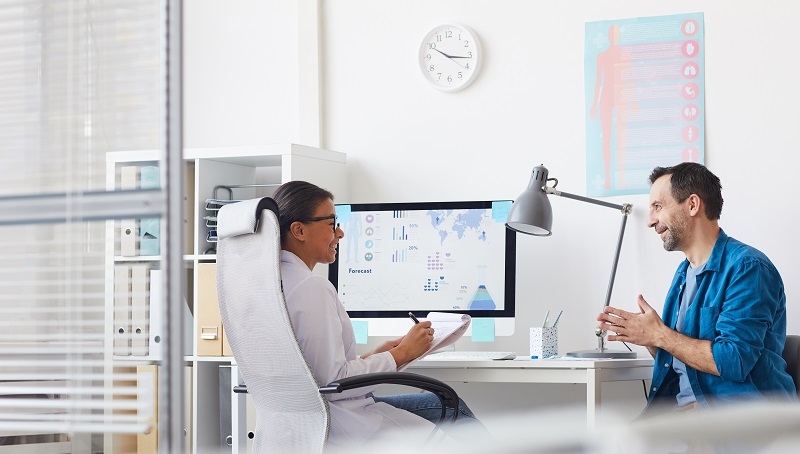 Benign prostatic hyperplasia is a noncancerous prostate condition that usually causes bothersome symptoms. It is considered to be a normal aging health problem. The quality of life of a man affected by BPH can be severely affected.

Many men accuse frequent and urgent urination, along with other symptoms. Many treatment options available until now have proved to be only partially effective.

The following video explains why is Urolift considered one of the most successful BPH treatment options.

What happens if you have an enlarged prostate and we find out that you are having all of the symptoms? Well, we may not do much because some men do not want to go on some sort of medication, change their diet, or drink less before they go to bed. Maybe a lot of men out there drink alcohol or beer, which is much more diuretic, and make them go to the bathroom after hours. We need to cut that down after five o’clock and do most of the drinking during the day.

But, in general, if you have an enlarged prostate, you have a lot of the symptoms, we have oral medications. You have probably heard of Flomax, Cardura, Hytrin, or other medications that we use. What these medications are doing is that they are dilating the neck of the bladder and make you urinate much better. The flow gets stronger, you empty your bladder and you do not get up in the middle of the night.

Why is Urolift such a good BPH treatment?

I would really want to talk to you about some of the newest treatment options that we have for an enlarged prostate.

There is a new procedure that has come, called Urolift.

This is a new procedure that has been around for a couple of years. Thousands and thousands of this procedure have been done. There is five-year data to prove that there is an improvement in the symptoms and that it is a fairly safe procedure. It only takes a few minutes in the operating room or in the office to be able to do this.

So, what exactly is Urolift?

Instead of going in and trying to shave the prostate, for much larger prostates, we are now doing it by using a cystoscopy. This involves looking inside the urethra and inside the bladder. We are able to look at the lobes of the prostate and where they are really blocking the path. We are basically able to put in some support or implants that really squeeze the prostate out of the way and open up a channel.

This is very smart, it’s very sleek and it’s a very easy procedure with minimum side-effects. A lot of the issues with sexual functions, retrograde ejaculations, and things that people are concerned about are not present with this procedure.

I urge a lot of men who have symptoms and do not want to be on medication for a long time or if they do not want to go for very aggressive procedures to consider Urolift.

They can call our office at (212)-365-5000 and we can give them a lot of information about this. It is a procedure that is short, does not require a lot of anesthesia. Also, patients can go back and recover early. Over 90% of the time there is no catheter after this procedure.

So, I think that in our hands, patients will do very well.

If you have started having BPH symptoms, consider this quiz that assesses the severity score of your symptoms.