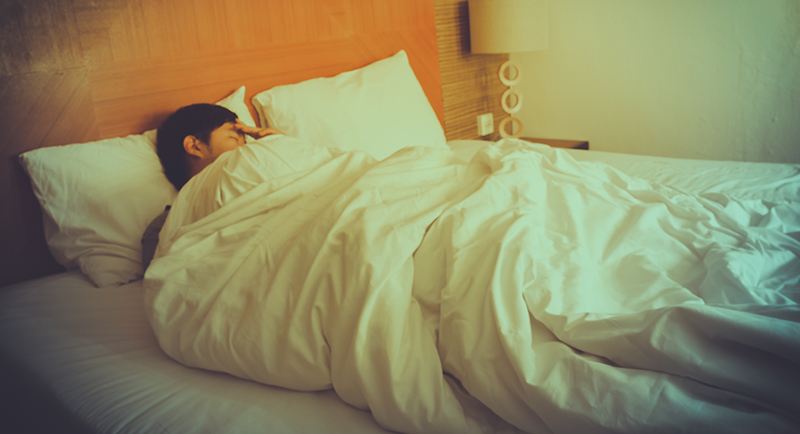 Nocturia is a condition causing a person to wake up during the night to urinate, usually several times each night. Millions of Americans – more than fifty percent of men and women over 60 – have nocturia. Older people tend to sleep lightly with less time in deep sleep and are more easily awoken, especially if they need to urinate.

This condition can also affect young people but becomes common with aging.  Ongoing nocturia can quickly become a quality-of-life issue. For example, frequent nighttime trips to the toilet will disrupt a person’s sleep cycle causing excessive daytime sleepiness, increasing the risk of nighttime falls when going to the bathroom, affecting work productivity, and drowsy driving.

The primary cause of nocturia is the production of excess urine during the night, called nocturnal polyuria. However, many reasons cause excessive urine to be produced after going to bed, which include:

Up to 50% of people with obstructive sleep apnea (OSA) will also have nocturia. OSA causes repeated reductions in airflow and oxygen levels as a person breathes during the night, in addition to influencing hormonal changes that increase urine production. Since OSA also causes frequent sleep interruptions, a person will be more likely to notice the need to urinate during the night.

The first step to reducing nocturia is to talk to your doctor about the issue, especially if this is something new. It will be essential to find the root cause of frequent nighttime urination to know how to treat the problem correctly.

If the cause is a medical condition, such as uncontrolled diabetes or a urinary tract infection, treating the underlying disease or condition with medications and lifestyle changes can help reduce the frequency of nocturia.

Female nocturia – what may cause it?

Most people assume older men are the primary victims of nocturia.  Not true. Women past 40 have a higher rate of waking up to urinate than men, and up to half of those women wake up two or more times to use the bathroom.

There are multiple causes of female nocturia that include the following:

Both men and women can take simple steps to treat nocturia at home. These steps are lifestyle changes to address frequent production of nighttime urination with the intent of reducing multiple nightly trips to the bathroom.

Here are home remedy suggestions that can help: