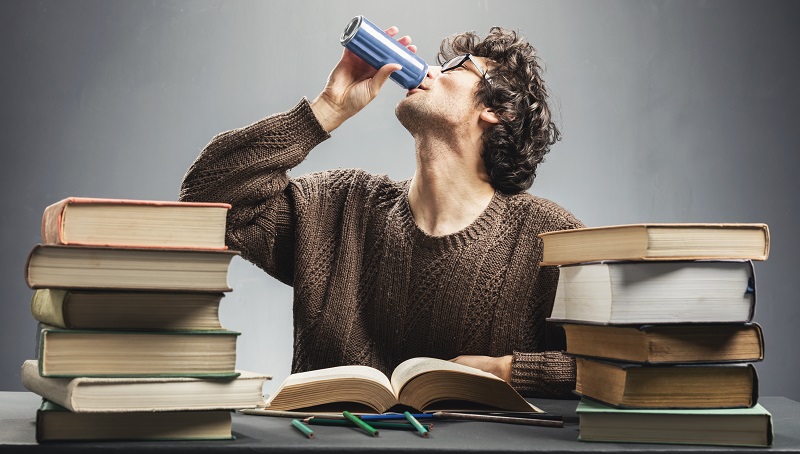 Energy drinks can be spotted everywhere – convenience stores, grocery stores, and vending machines. Besides availability, their popularity is based on providing an energy boost and who doesn’t need that burst of vitality and stamina pushing you through a rough day. If they can enhance mental alertness and physical performance, even better, right?   Not so fast.

Why do people consume energy drinks?

According to The National Center for Complementary and Integrative Health, next to multivitamins, energy drinks are the most popular dietary supplement consumed by young adults. Men between the ages of 18 and 34 consume the most energy drinks of average consumers. Many cite they use energy drinks to boost through a long study session or meeting, after am exhausting gym workout, or at the end of a long day at the office. However, men may be getting more than just an energy boost.

Ask the makers of energy drinks and they will say their products contain natural ingredients helping improve concentration, energy, attention, and sports performance. Caffeine and sugar are the prominent ingredients with other ingredients that may include ginseng, taurine (an amino acid), B vitamins, and guarana, a plant with one of the highest concentrations of caffeine making it a popular substance added to energy drinks.

The side effects of energy drinks consumption

But according to a 2013 report by the Substance Abuse and Mental Health Services Administration, emergency room visits involving energy drinks have increased.  Men were more likely to make these visits with the age group of 18 to 39 having the most visits. The main reason for emergency room visits is due to the high concentration of caffeine causing several side effects such as heart palpitations, high blood pressure, nausea and vomiting and even convulsions. And if a man is drinking several in a short period of time, that’s even worse.

Besides the highly concentrated amount of caffeine and their effect on heart health found in energy drinks, why else should men avoid them?  Read on:

The Food and Drug Administration, a watchdog of our food products in this country, does not regulate dietary supplements (vitamins, minerals, amino acid supplements, etc.) Not all energy drinks are sold as supplements but some are. This means the producers of this drink are not required to provide a nutrition facts label leaving consumers in the dark. The FDA also does not require that energy drinks have to reveal how much caffeine and other stimulants are in these beverages.  This makes it very difficult for anyone to discern how much caffeine or other potentially dangerous substances they are consuming. Some of the major energy drink manufacturers do list caffeine and other stimulants content on their products.

Besides caffeine, sugar is a common ingredient in energy drinks rivaling soft drinks. In some energy drinks, there can be as much as 25 grams of sugar or more in an eight-ounce serving – that’s 6 teaspoons.  Excess sugar intake can lead to weight gain, chronic inflammation, feed cancer cells, and promotes aging.

It has been known for quite some time, not everyone should be consuming excess caffeine. Research has shown that consuming more than 200 mg of caffeine can result in tachycardia (rapid heartbeat) and arrhythmia (abnormal rhythm). Two hundred milligrams is equal to the amount of caffeine in one 5-hour Energy Shot, and some products contain even more per serving. A 2015 study among young adults found that 12 ounces of Red Bull result in increases in blood pressure and another study found consumers having problems with irregular heartbeats. A 2019 small study in the Journal of the American Heart Association provides even more reason to be wary of energy drinks, especially if a man is at elevated cardiovascular risk: Drinking large volumes of them can prolong the QT interval, a measure of the heart’s electrical activity. A prolonged QT interval increases the risk of dangerous and possibly fatal arrhythmias.

Some athletes have found energy drinks to enhance athletic performance, but usually at a price.  A study from the British Journal of Nutrition found that athletes who use energy drinks were more likely to experience nervousness, heightened stimulation, and insomnia hours after the competition.

If you drink energy drinks and your sleep quality has been affected, there is a likely connection between the two. A study found that college students who used energy drinks and other stimulants had poorer sleep quality resulting in increased daytime sleepiness due to lack of nighttime sleep. This is mainly blamed on the high caffeine content which can lead to insomnia, agitation, tremors, and cardiovascular complications.