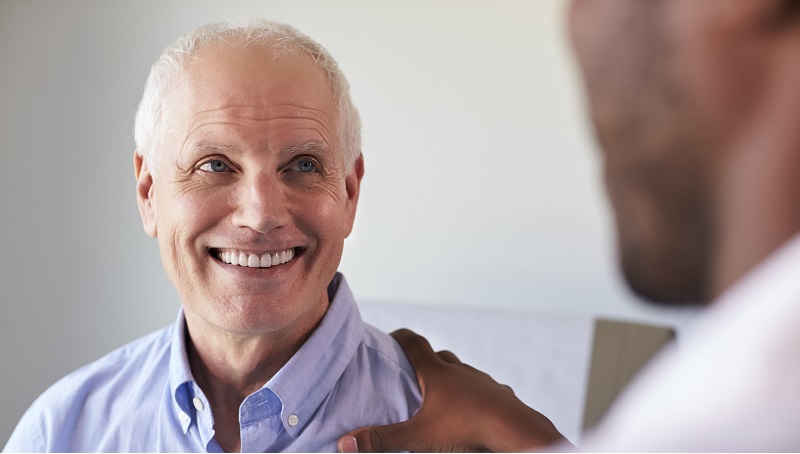 8 Must-Know facts about your prostate

One of the most important parts of a man’s body is his prostate gland. It may be hidden deep inside the pelvic region, but this unseen gland has a big job.  When it works well, life is good.  But, as men age, this small walnut-shaped gland has a tendency to “act up,” making its’ appearance known.

Like any part of the body, getting to know your prostate gland should be a top priority.  Knowing its functions and what you can do to protect it, is vital to keeping the prostate gland healthy.

To better understand this gland, here are 8 facts every man should know about their prostate:

The most important function of the prostate is for the production of a fluid that, together with sperm cells from the testicles and fluids from other glands, makes up semen.  Seminal fluid is designed to carry and nourish sperm.  The prostate gland’s contribution to this mixture is to provide an alkaline combination of calcium, enzymes, and other components that make up about 30% of the seminal fluid.  The alkaline fluid helps to neutralize the acidic vaginal environment which would otherwise kill sperm.

Besides producing part of the seminal fluid for sperm to survive in, the muscles of the prostate are responsible for forcefully discharging sperm into the urethra helping to expel sperm outwards during ejaculation.  The vigorous expulsion during ejaculation ensures that the sperm can travel far enough into a woman’s vagina to reach the fallopian tubes for fertilization of an egg.

Fruits and veggies are your prostate’s best friend. Every day, eat at least six servings along with three portions of fatty fish a week such as salmon, tuna, herring, mackerel, or sardines. Fatty fish are rich in vitamin D and the essential fatty acids of omega-3 and omega-6.

If you want to know the best diet plan for protecting your prostate, look no further than the Mediterranean diet. Men who follow this style of eating have a lower prostate cancer rate than other men.  Load up on fruit, vegetables, garlic, olive oil, fish, and tomatoes.

Studies have shown an association between obesity and prostate cancer.  Extra weight, especially around the abdomen, may double your risk. To maintain healthy body weight, reduce your fat intake and replace saturated fats with monounsaturated and polyunsaturated fats. Saturated fats are found in fatty processed meats such as sausage, bacon, salami, and bologna, chips, and many processed foods.

Regular physical activity can help increase metabolism or the rate at which you burn calories and improve and maintain muscle mass.

Water is always a good choice anytime but studies have shown that Asian men from Japan and China have very low rates of prostate cancer which is believed to be from drinking green tea. Green tea is rich in polyphenols making it a good source of antioxidants.  Men should refrain from drinking sugary beverages and too much alcohol which can lead to weight gain and inflammation in the body.

A condition called benign prostatic hyperplasia (BPH) is the most common cause of prostate enlargement in men past the age of 50.  BPH becomes more prominent as a man ages since about half of all men between the ages of 51 and 60 will develop it and up to 90% of men over the age of 80 will have it.

There are specific symptoms of BPH a man may experience.  Not all men will have symptoms but if they do, they may include the following:

The prostate is in charge of controlling urine flow down the urethra in addition to stopping urine from leaving the bladder until it a man urinates.  The prostate also prevents urine from mixing with sperm when a man ejaculates.  If the prostate becomes enlarged, this will put pressure on the urethra which can result in issues with urination for a man.

The nerves within the prostate have a part in creating and maintaining erections during sex.  These nerves are responsible for eliciting extra blood to flow into the penis helping it to swell and become firm.

Prostate cancer is considered the second most deadly cancer (after lung cancer) among American men. For this year of 2019, the American Cancer Society estimates in the United States about 174,650 new cases of prostate cancer will be found and about 31,620 men will die from the disease.

Considering more men will be diagnosed with and succumb to prostate cancer during 2019 than in the previous year, every man should discuss with his doctor about the risk factors and signs of this serious and sometimes fatal condition. Prostate cancer symptoms can be confusing and difficult to separate from other common noncancerous disorders affecting the prostate such as benign prostatic hyperplasia.  Unless a man knows symptoms indicative of prostate cancer, he could miss the opportunity of finding it early before it has developed into a later stage disease.