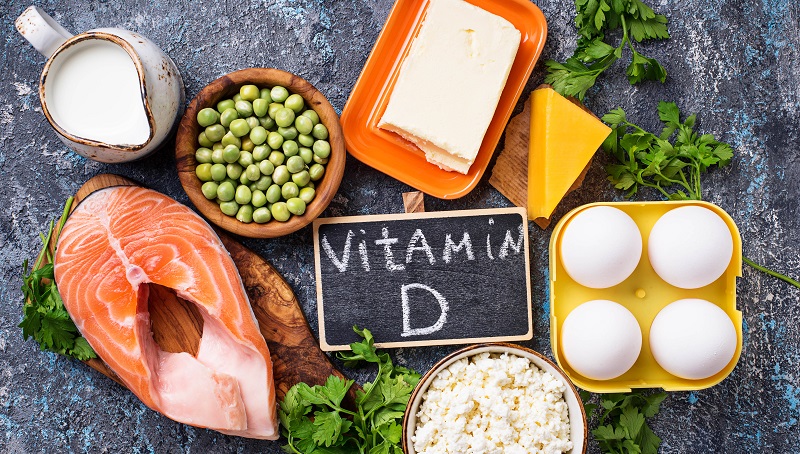 Food and nutrition influence men’s health. We know choosing nourishing and wholesome, nutrient-rich foods will have a positive impact on health.  But do the opposite and instead choose a steady diet of burgers, fries, and one too many soft drinks and likely a man’s health will suffer.

Planning healthy, nourishing meals is best but no one eats perfectly all the time. Because men often pay little attention to what they eat making eating habits fluctuate wildly, it’s not uncommon for men to be lacking key nutrients for good health. While healthy foods should always come first, taking a nutritional supplement is a smart way making up for nutritional deficiencies and could be beneficial for supporting men’s long-term health and wellness.

There are plenty of supplements to choose from but there are five key nutrients that when taken as a supplement, can make up for what a man’s diet may be missing. Do not expect them to turn health completely around but they can be an important part of keeping men healthy and prevent nutrient deficiencies.

Here are the top five supplements that may help support men’s health:

Vitamin D is critically important for men’s health. While called a “vitamin,” vitamin D is actually a hormone used to make other hormones, one of which is vital to men’s health – testosterone. A 2018 study found that men with low vitamin D status had impaired sexual function that included erectile dysfunction, low orgasmic function, and lower libido.

Most men will benefit from taking 1,000 IU (International Units) of vitamin D3 daily. However, it’s best for men to have a blood test to check the status of their vitamin D levels. Men, who are deficient in vitamin D, should ask their doctor what amount of vitamin D supplement they recommend.

Approximately 68 percent of Americans do not get enough magnesium that has a role in over 300 enzymatic reactions in the body. One reason why is Americans do not eat enough vegetables rich in magnesium, especially green leafy veggies such as spinach and kale. In addition, Americans eat too many processed and refined grains, stripped of minerals like magnesium.

Deficiencies of magnesium can lead to muscle weakness, problems with sleep, and bone fractures. For men who avoid plant-based foods, taking a magnesium supplement may be advisable. Research shows that magnesium supplementation for men can support blood levels of testosterone, especially when coupled with exercise. Another study found that men who took magnesium supplements had better muscular health.

It’s recommended that men who are 19-30 years of age take 400 mg of magnesium daily and men 31 years of age and older should aim for 420 mg daily coming from food sources.  These amounts help promote strength, sexual health, and a man’s all around well-being. When supplementing with magnesium, the dose for adults should not exceed 350 mg unless prescribed by a doctor.

As men age, a vitamin B12 supplement may be important for maintaining a healthy nervous system and brain health. Vitamin B12, found only in animal-based foods, helps support the normal functioning of the nervous system, including memory. A couple of signs of a possible B12 deficiency are depression and dementia.

The recommended daily allowances for this vitamin is 2.4 mcg. While it can be easy to get sufficient vitamin B12 from foods such as salmon, shrimp, beef, chicken, eggs, milk, and cheese, aging can make it harder for the body to absorb it.

Most multivitamins will include vitamin B12 which is usually at 100% of the recommended daily allowance for this vitamin.  Although higher doses have not been shown to be harmful, men should speak to their doctor before taking any supplement of vitamin B12 without knowing what level they may need.

For men concerned with prostate health, taking a supplement of saw palmetto might help with urinary symptoms related to benign prostatic hyperplasia (BPH).

Saw palmetto was a popular food source and used as a medicine by Native Americans years ago. The palmetto berries come from the saw palmetto shrub found in the U.S., Europe, and Africa. Its use by the Native Americans and other populations was for reproductive and urinary tract issues.

Saw palmetto berries may also boost testosterone levels helping reduce swelling in the lignin of the prostate as it relieves symptoms.

Men considering using saw palmetto should always talk to their doctor first. Any man using medication for BPH or is taking an anticoagulant, should not use this supplement without their doctor’s okay.

Zinc is one of the most common minerals found in many foods. Its many bodily functions include optimal immune functioning, healthy collagen production, vision, and it plays an important role in men’s health and wellness.

For men who exercise vigorously, obtaining sufficient zinc for high energy and endurance, is necessary. Zinc facilitates the conversion of the energy of food into energy for work and physical function. Men who are deficient in zinc may notice reductions in endurance, muscle strength, and cardiorespiratory function.

Zinc is also responsible for healthy testosterone production. Men who under consume zinc may show declines in testosterone concentrations and loss of libido and sexual function. It may also help in preventing and treating prostate cancer. The prostate gland actually accumulates zinc at a rate of 10 to 15 time’s higher concentration than other body tissues. The presence of adequate zinc in the prostate appears to help suppress prostate tumor growth.

The best food sources of zinc include oysters (the best source of zinc), red meat, poultry, seafood such as crab and lobster, and fortified breakfast cereals. Beans, nuts, whole grains, and dairy foods are also sources of zinc.